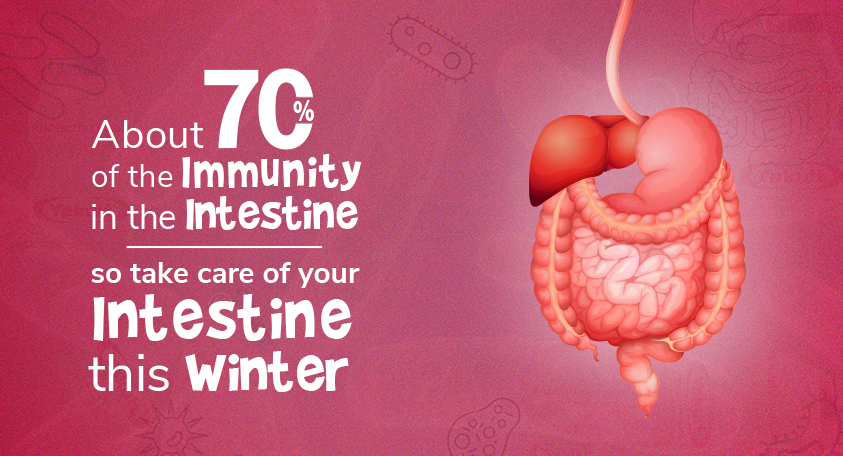 With changing seasons and the onset of winter, our greatest concern is to stay protected and avoid the common cold or flu which is not only disturbing but can take away the happiness and fun of the holiday season. Most people turn to vitamin C after they’ve caught a cold. That’s because it helps build up your immune system. Vitamin C is thought to increase the production of white blood cells which are key to fighting infections. Others make changes in their diet by including nuts, citrus fruits, ginger, garlic, hot soups and green leafy vegetables all of which are good for building immunity and reducing the risk of infections.

Among these countless ways of winter wellness, how can one forget the intestine which has almost 70% of the body’s immunity? It may seem strange since the intestine has always been associated with the process of digestion and providing energy to the body. But it is also the organ that is constantly exposed to external enemies like bacteria, viruses and other foreign matter that enters in from the outside world. It, therefore, harbours more than half the immune system of the body along its length and has to be constantly geared to ward off the troublemakers and protect the body from infections. 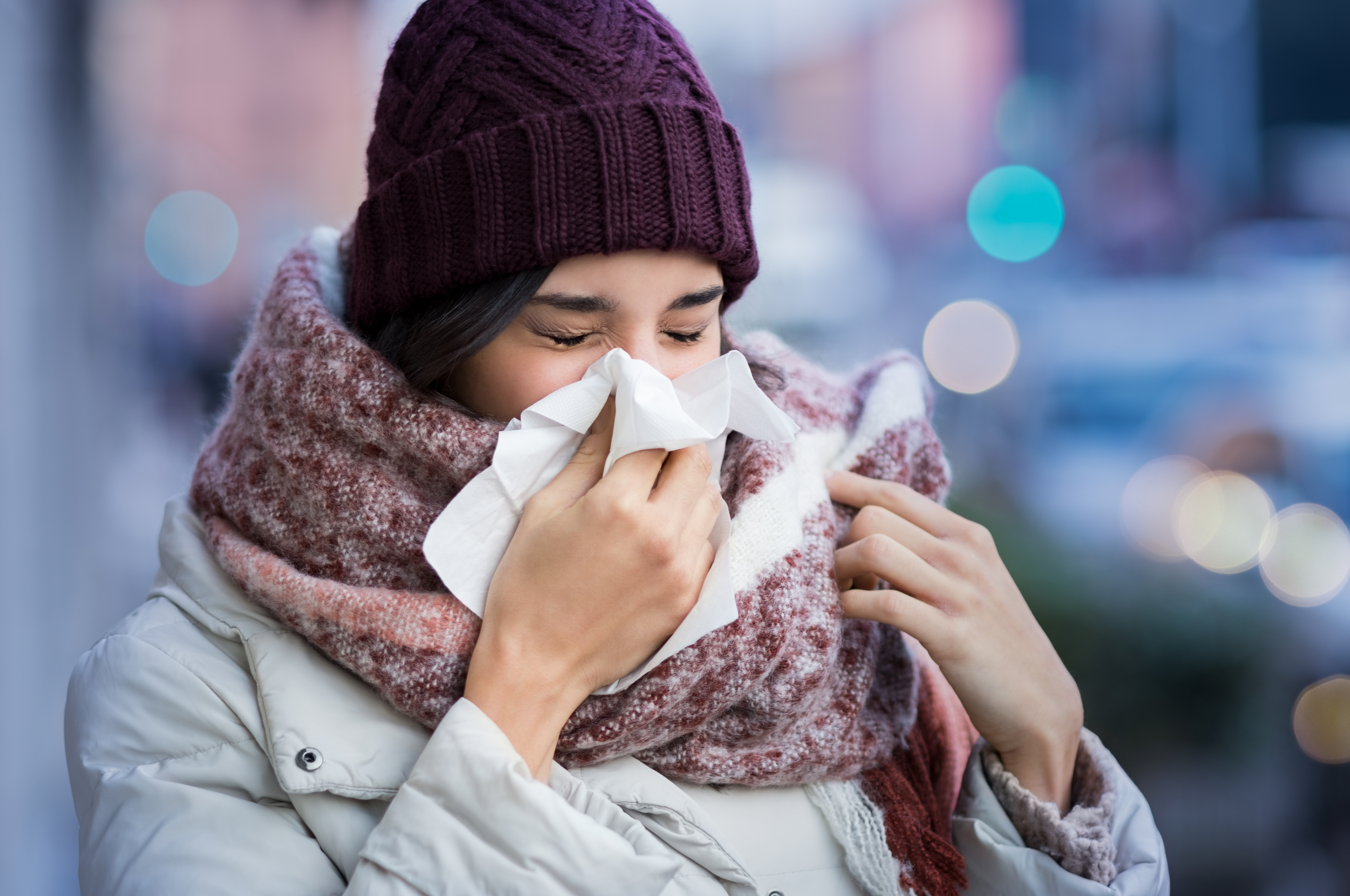 Recently there has been a lot of interest in consuming probiotic foods for building immunity. These foods come with the benefit of increasing the beneficial bacteria in the intestine and decreasing the harmful disease-causing ones. The benefits of such foods have been studied and several studies, including one in 2012 in the British Journal of Nutrition, has found that certain probiotics can improve your natural defences and boost immunity. In 2014, a review in the British Journal of Nutrition, which looked at 20 clinical trials, linked probiotics to shorter duration of colds. Similarly, a 2015 Cochrane review of 12 clinical trials concluded that certain probiotics may help prevent or shorten such infections. Studies conducted in Japan have shown that the probiotic bacteria found in Yakult – Lactobacillus casei strain Shirota can actually increase Natural Killer cell activity and Salivary IgA levels in those where it is low. Both these immune cells are important in fighting viral infections.

Coupling a balanced diet, with regular exercise, keeping yourself warm and feeding on warm liquids may help you to enjoy your winter. And that daily probiotic could make it even better!!!