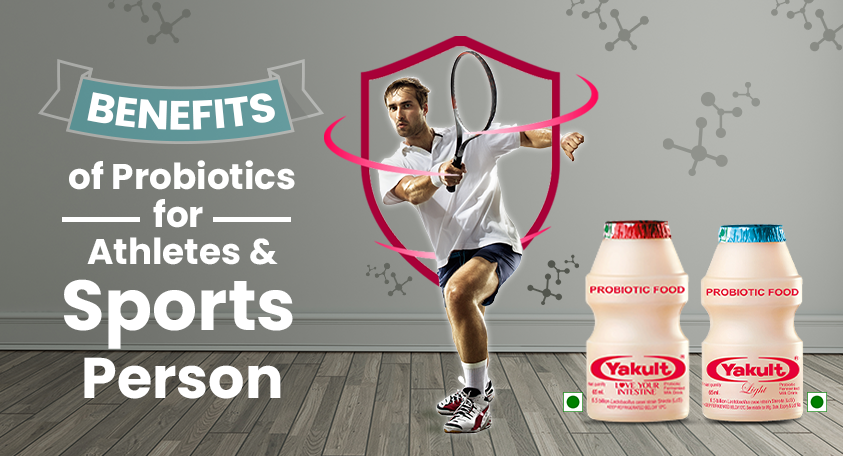 We have all heard that the greatest lessons are learned on the playground. National Sports Day is celebrated in India on 29th August, to commemorate the birthday of the hockey legend, Major Dhyan Chand. The last decade has seen an increase in the number of sports people in India, who have been winning laurels for the country. Also, kids enjoy playing sports, because it allows them time to have fun with their friends, keeps them physically fit and mentally strong. However, while exercise can be a lot of fun and is very important to build immunity, intense exercise can do quite the opposite. It can weaken the immune system and increase the risk of infections.

It is a well-known fact that athletes have a weak immune system, since vigorous exercise results in rapid breathing, which encourages bacteria and viruses to enter the lungs and cause infection. However, sports people and athletes dread the thought of catching a cold, or even a minor infection, because it can impair their training and performance or even stop them from competing. Therefore, they need to take care of their diet and lifestyle, to ensure that they are strong and healthy for the intense activity.

Nutritionists suggest that a sensible varied diet, healthy lifestyle and adequate sleep and rest is important for strong immunity. Studies have also shown that fruits and vegetables which are loaded with fiber, Vitamin A, Vitamin C and minerals are well known for their immune boosting properties. They also contain antioxidants which can neutralize the free radicals in the body, prevent cell damage and strengthen the immune system. Interestingly getting sufficient Vitamin C in the diet, activates white blood cells to function more efficiently, at attacking infected cells and destroying them.

There is promising evidence to show that probiotics can help in building immunity and reduce the risk of common cold in athletes. This was shown in a study conducted at Lou borough university in U.K by Prof. Michael Gleeson, Prof. of Exercise Biochemistry. The study showed that athletes benefitted from daily consumption of the probiotic drink Yakult, in improving their immunity and reducing the risk of respiratory infections, like common cold and flu.

The athletes were staff and students at the university, who were involved in regular intensive sports training such as cycling, swimming and long – distance running. Consumption of the probiotic drink for 16 weeks reduced the incidence of common cold and flu by 50%. This was because of an increase in the antibody IgA, which is found in saliva and airway mucus, and plays a critical role in preventing viral infections. This study was published in the International Journal of Sports nutrition and Exercise Metabolism in 2010.

Another study which was conducted on marathon runners in Brazil, also showed that consumption of Yakult for 30 days before the marathon improved the salivary IgA levels and reduced the risk of infections. This study was published in Nutrients in 2019.

With about 70 % of the body’s immune system located in the intestine, probiotics play a very important role in interacting with the immune system and boosting it, so that it is prepared to recognize what is useful for the body, and what is harmful and act accordingly.

While a well – balanced diet and a healthy lifestyle, are the gold standards for ensuring a strong immune system, the addition of probiotics to your daily diet will ensure that the immune system is fighting fit to protect and guard you from infections caused by the constant attack of bacteria and viruses. Like they say, Prevention is better than cure.

Scoop ice- cream into an ice- cream cup. Pour the Yakult over the ice-cream. Garnish with cut fruits, finely chopped dates and nuts.

You can use other flavors of ice cream as well.