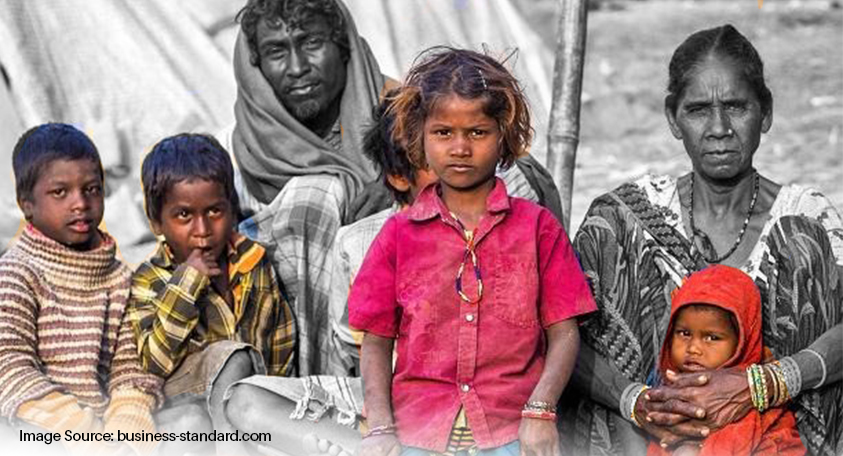 Living in a country like India which is home to one fifth of the world’s population, we cannot help but worry about the state of health and nutrition in the country.

The recent National Nutrition survey conducted by the Ministry of Health and Family Welfare was an eye opener. It showed that despite economic growth during the last few years in India, 14% of India’s population is undernourished.

More than 30% children under five years are stunted and more than 50% children, young girls and women are anemic (nutritional deficiency of iron and other essential minerals, and vitamins in the body).

In addition to undernutrition, changes in diet and lifestyle have led to obesity which is a risk factor for Non – Communicable diseases like Cancer, heart diseases and Type 2 diabetes. It is estimated that 19% of men and 21% of women are obese and 73 million adults are affected by diabetes.

There is no quick fix to this alarming problem. It would just mean looking at health and nutrition in a more holistic manner to ensure better quality and quantity of food and a healthy lifestyle. However, nutrition loses its meaning if the food that we eat is not being taken up by the body. Therefore, getting the best from the food we eat is only possible if the intestine is healthy.

This important organ which is the site for digestion of food and absorption of nutrients is often the most neglected and therefore it is not surprising that more than half the Indian population suffers from poor intestinal health.  This makes us wonder whether there could be a link between nutrition and intestinal health.

The importance of intestinal health has also entered scientific discourse with the realization that the intestine is the largest immune organ and the health of the intestine depends on these bacteria which are indispensable for its function. They have the magical power of determining intestinal health, and therefore ensuring that the good bacteria are in higher numbers, is critical for a well – functioning intestine.

Probiotic foods are specifically designed to increase the good bacteria in the intestine and keep it healthy. Consumption of some probiotic foods have been associated with absorption of micronutrients like calcium and iron from ingested foods. Interestingly, studies conducted on children and young women in India showed that the iron status improved significantly by intake of a milk fortified with probiotics and prebiotics. In some cases, probiotic bacteria can produce B group vitamins which are easily destroyed by cooking and therefore a large proportion of the population suffers from deficiency of this important vitamin. Probiotic vitamin B producers could help in combatting the deficiency.

An unfortunate truth is that 13 million children under the age of 5 years suffer from Severe Acute Malnutrition and 1-2 million die each year. Such children have poor intestinal health, under – developed immune system and suffer from long term health effects. Studies using probiotics in Indian children have shown that specific probiotics can reduce the incidence of diarrhoea and therefore prevent vitamin and mineral loss.

Pregnant women are among the most neglected group but have the greatest nutrient requirement. Very often they suffer from digestive disorders and are unable to maximize the benefit from food which results in deficiency of iron, zinc, folic acid and iodine. Such women often have premature and low birthweight babies. It is well established that some scientifically tested probiotics can improve overall health during pregnancy and could be a useful addition to diet regime.

It is estimated that many countries will have a greater population of people above the age of 65 years than those under the age of five years.  Aging results in gastrointestinal complications and poor digestive health and immunity. Studies have shown that specific probiotics can improve health of the elderly population by reducing inflammation, increasing good bacteria and thus improving digestion and immunity.